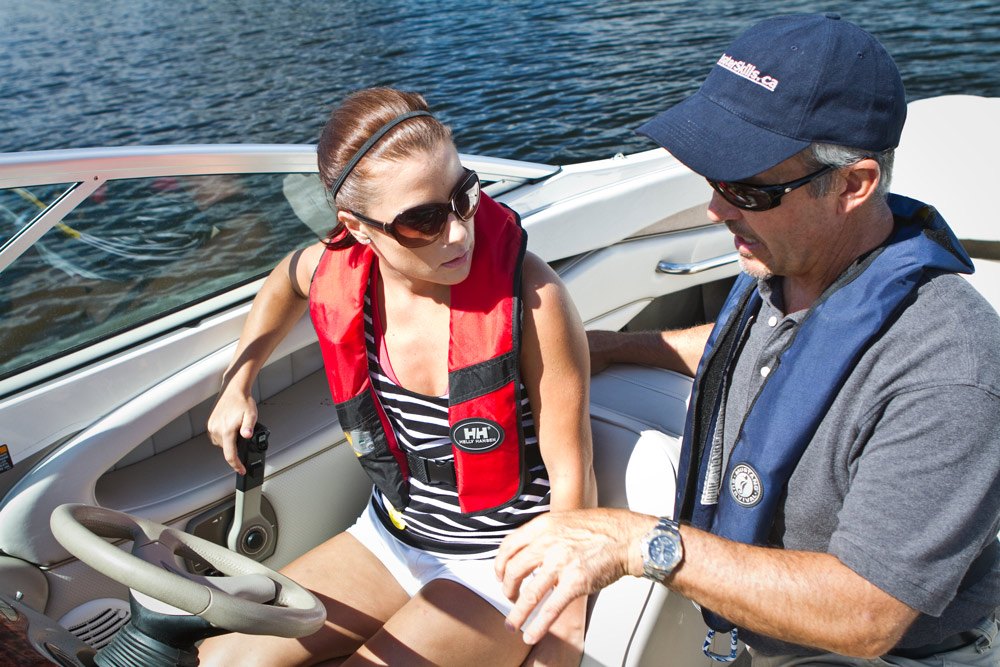 We are Driver's Ed for boaters!

At BoaterSkills.ca, we are passionate about boating safety and education!

“We started BoaterSkills.ca in 2011 to help boaters become more competent and confident through a program that connects students with professional, highly experienced instructors.  We want to create a comfortable and safe learning environment where boaters can learn at their own pace."

Need to learn how to get out of a tight spot? Take a 3-hour private lesson with a BoaterSkills.ca instructor, or catch one of Craig’s Docking and Close Quarters Manoeuvring seminars at the annual Toronto Boat Show for tips on docking and close quarters maneuvering for power or sail. 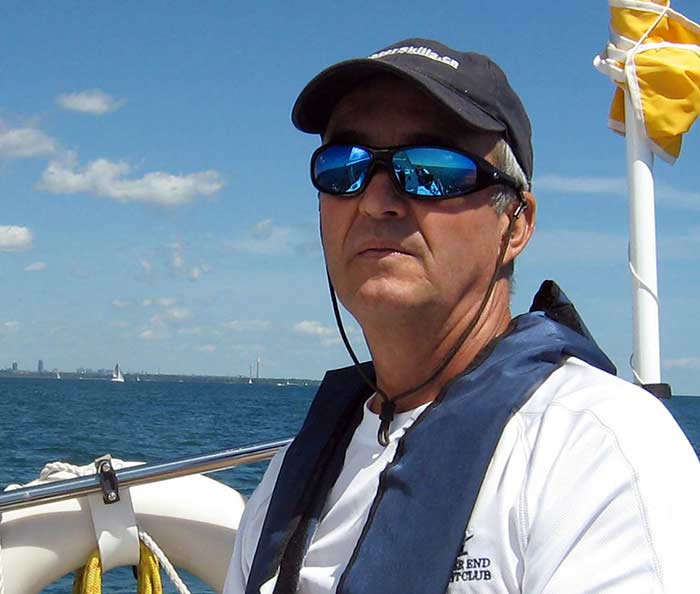 An accomplished sailor and expert boat-handler, Craig has accumulated thousands of sea miles on the Atlantic, Pacific, and the Eastern Caribbean. Craig now spends his summers teaching power boaters and sailors of all ages across Ontario’s Great Lakes and Cottage Country.

Boating runs deep in Craig’s family. As a youngster, his family spent weekends at the cottage, boating and waterskiing on Lake Huron. Craig took his love of the water from above to below the surface and became a PADI Divemaster back in the early ’90s. This led to his first experience with teaching, where as a Divemaster, he spent weekends training Open Water and Advance divers in Tobermory, Ontario.

And that’s where the adventure began! As a Divemaster, Craig left a TV production career and headed to the Caribbean to crew on a liveaboard 65’ sailing trimaran in the BVIs. That one-time crew opportunity stretched into a 5-year stint skippering sailing charters in the Caribbean on four different yachts.

In 2000, Craig took a short break from the Caribbean and headed to Falmouth England to obtain his RYA Yachtmaster 200-ton license. This international license became Craig’s gateway towards many new and exciting adventures!

With his Yachtmaster ticket in hand, Craig headed back to chartering in the British Virgin Islands. At the end of his fifth season, he returned to Canada for a visit and found himself drawn back into television production and a eventually a position at The Weather Network as a Producer of the National show. Meteorology and boating – a perfect combination!

In 2011, Craig combined his two loves – sailing and teaching – and left TWN to launch BoaterSkills.ca, a Driver’s Ed program for boaters. “We are really proud of the training and support we offer to recreational boaters and we look forward to continuing to grow as Ontario’s first choice in boater training!” 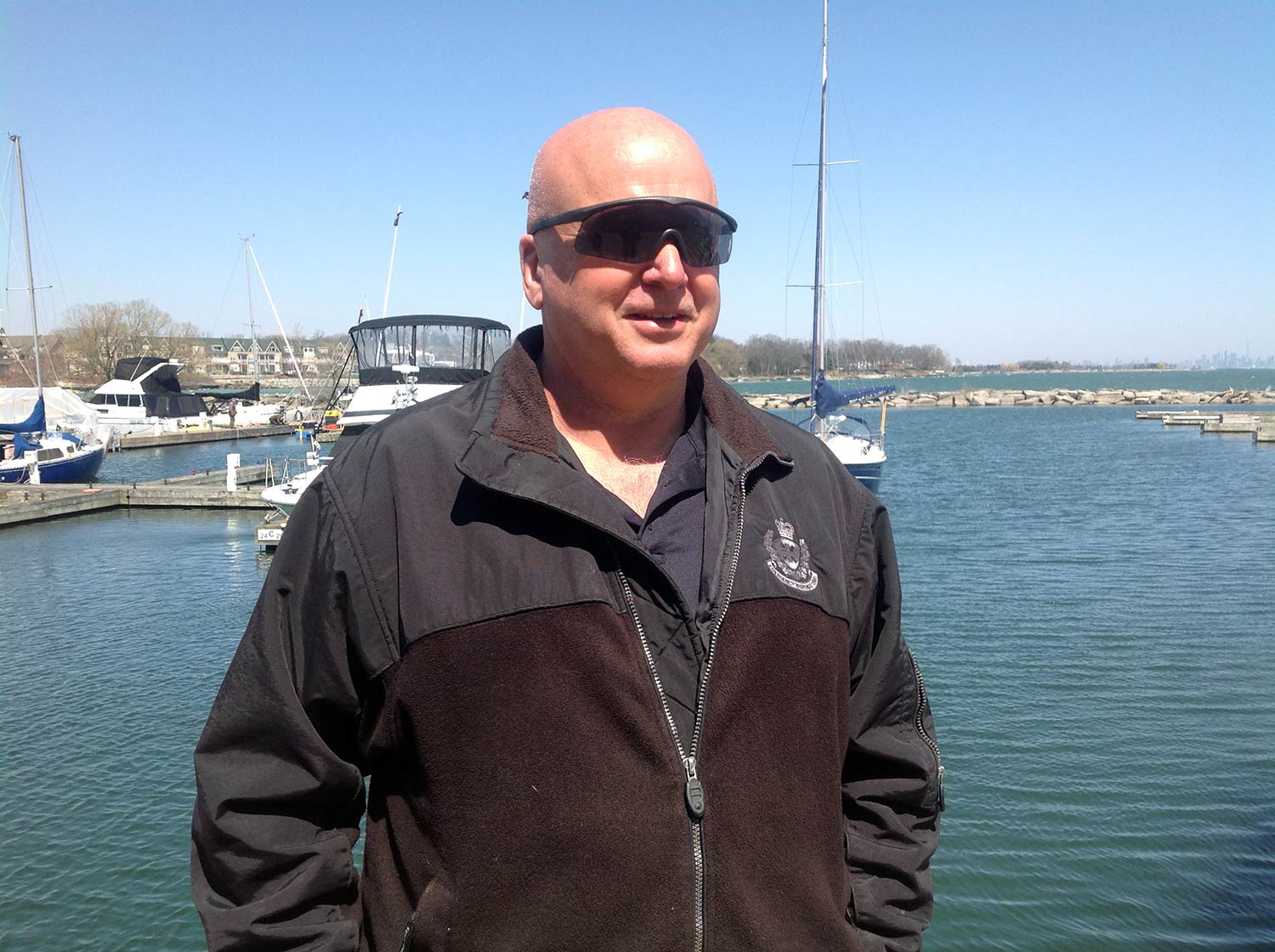 Joe is a former Sergeant and Marine Instructor with the Ontario Provincial Police. During the final seven of his 31 years with the force, Joe was responsible for managing and conducting training operations for the O.P.P.’s Eastern Ontario Marine programs. Joe was also a Marine Operations Instructor at the Provincial Police Academy.

In October 2010, Joe was awarded a Certificate of Bravery from the Commissioner of the OPP for a rescue on the St. Lawrence under extreme conditions.

Joe will be instructing BoaterSkills.ca power boat clinics at the eastern end of Lake Ontario, from Cobourg to Kingston and the surrounding waters. Please contact BoaterSkills.ca to arrange a private clinic on board your own boat and make this season a safe and fun-filled one on the water. And don’t forget – we come to you! 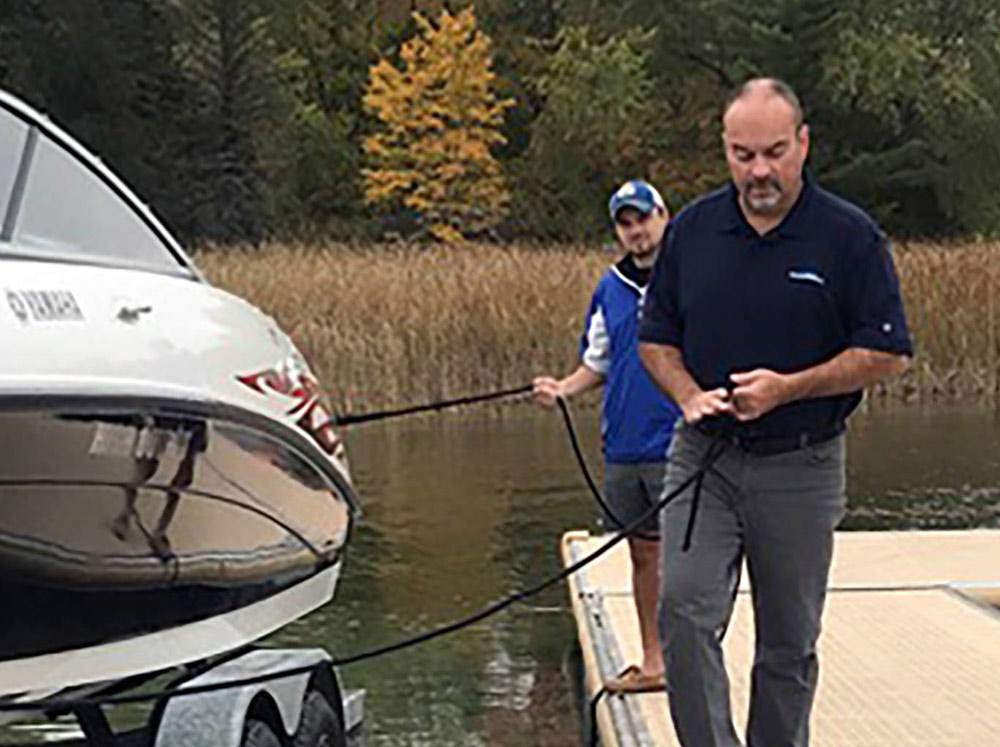 Ian is a former police sergeant with the Barrie Police Service and recently retired as the supervisor of the Traffic and Marine Units. Ian has performed police marine duties for numerous years with both Barrie and Toronto Police Services and is ready to teach on a wide range of vessels including sport boats, cruisers, personal watercraft and with trailering/launch techniques.

Ian will be instructing BoaterSkills.ca powerboat clinics north of the GTA from Lake Simcoe to Georgian Bay and surrounding waters. Please contact BoaterSkills.ca to arrange a private clinic on board your own boat and make this season a safe and fun-filled one on the water. And don’t forget – we come to you! 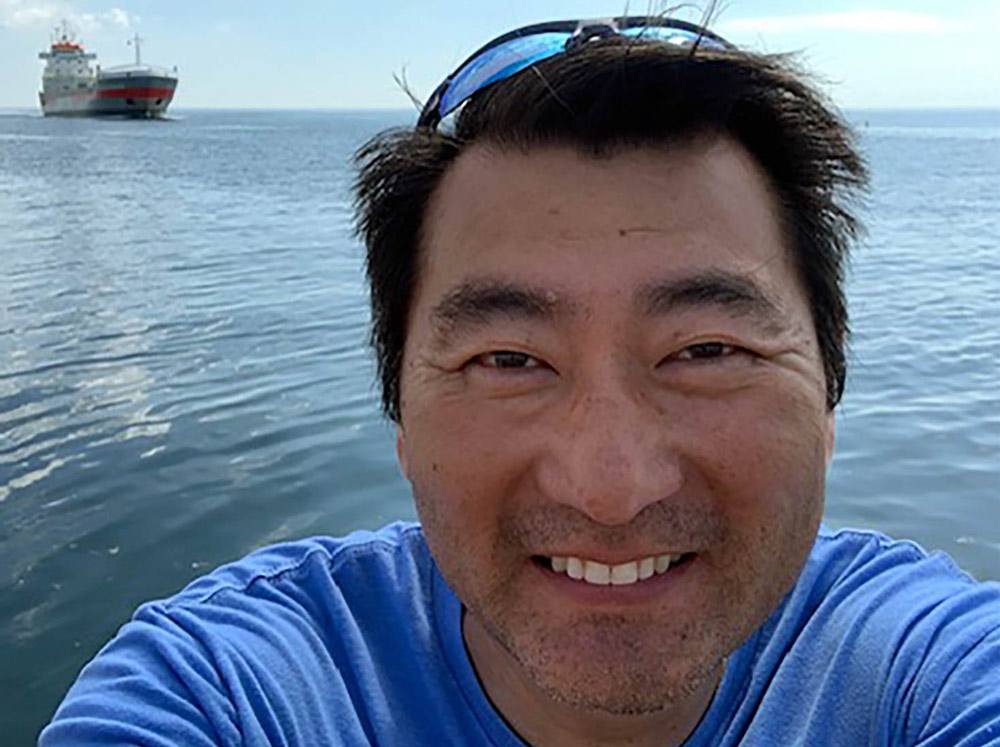 Peter is a retired RCMP Corporal with an extensive marine background. His 25 years of service included instructing on the RCMP Small Vessel Operator Proficiency (SVOP) training program. He retired from the Shiprider Program, a border patrol partnership with the US Coast Guard and was designated as a US Customs and Border Protection officer.

Peter is available to teach on vessels up to 60 meters in length, with single or twin screw propulsion (inboard and stern drives), water jet propulsion, as well as Voith Schneider (cycloidal) propulsion.

Peter will be providing power boat clinics primarily in the western area of Lake Ontario. He will also be available for instruction in the Georgian Bay Area, as needed. 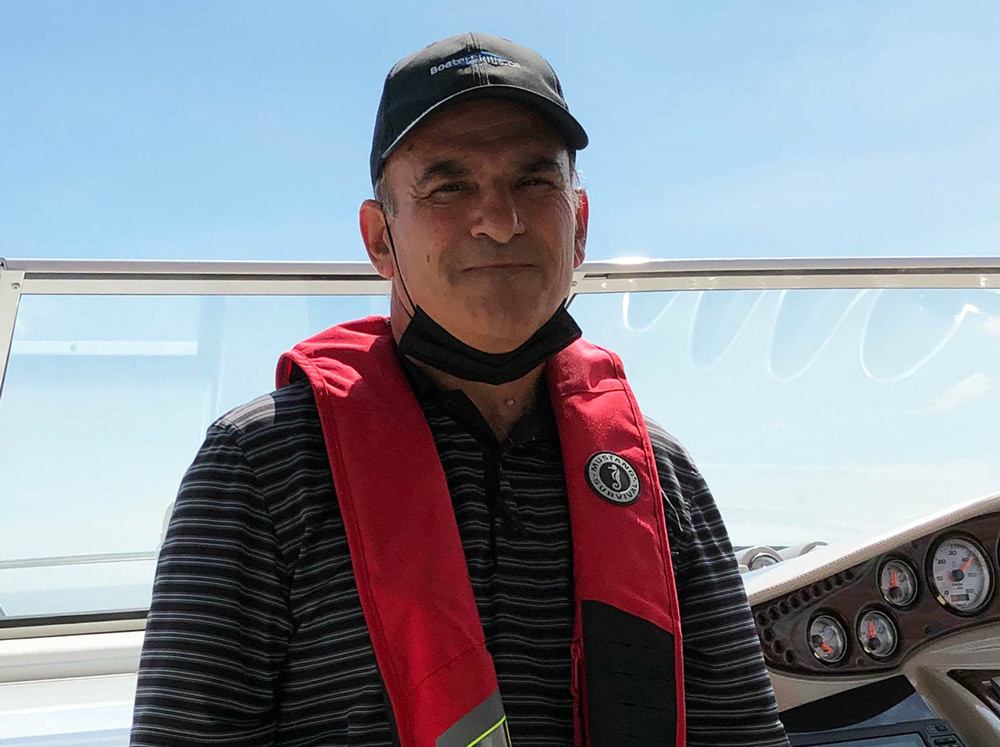 Mike Capaldi is a soon-to-be-retired airline pilot whose 30-year aviation career includes time as a flight instructor – which is a terrific seguay into teaching boating! An avid lifelong recreational boater, Mike has spent many years operating a wide range of recreational and small commercial vessels on the waters of Georgian Bay, the Trent-Severn Waterway and Lake Ontario.

Mike holds Transport Canada SVOP and MED-A3 certificates and is a certified ABYC technician that has worked in the marine service industry since 2006.

We are pleased to welcome Mike to our staff of professional boating instructors! 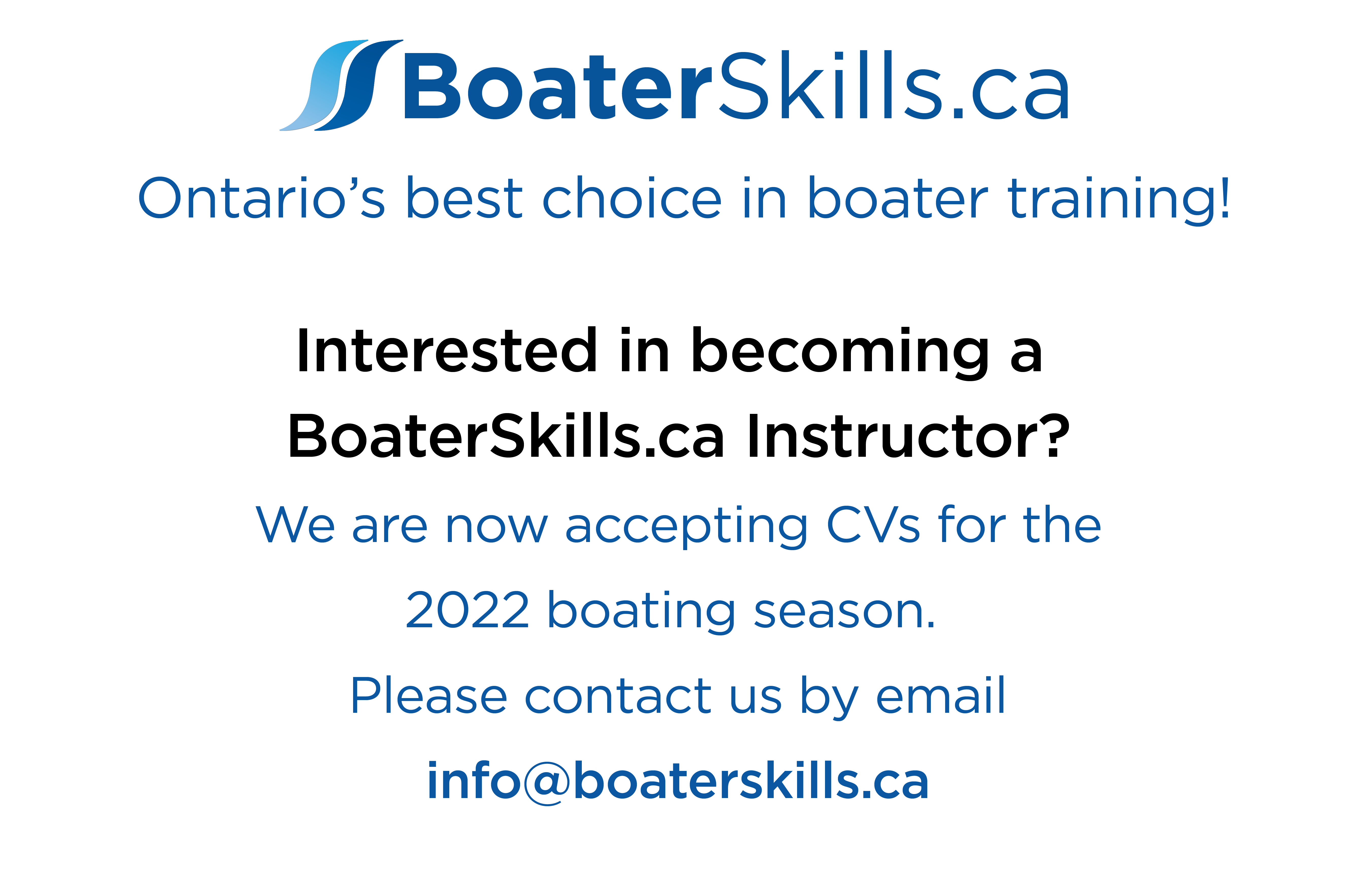